Faculty and students at the West Virginia University School of Dentistry are leading tobacco cessation efforts at the Health Sciences Center, both in the classroom and the clinic.

In 2018, WVU became the first dental school to receive accreditation as a Certified Tobacco Treatment Training Program. Through that certification, the School of Dentistry hosts a continuing education course for a multitude of healthcare professionals to learn how they can work together on treatment plans for patients trying to become tobacco free.

During the recent 2019 West Virginia legislative session, Senate Bill 348 was voted down in the House Health Committee. The bill would have raised the legal age to use tobacco in West Virginia to 21.

School of Dentistry’s Susan Morgan, DDS, clinical professor in the Department of Periodontics, has been following the law closely. Reflecting on her own tobacco research and cessation awareness programs over two decades, Morgan agrees with 2018 statistics and information in America’s Health Rankings.

“Prior to age 21 the brain is still developing, including that area of the brain responsible for decision making and impulse control,” Morgan said. “Increasing the purchasing age for tobacco products to age 21 could be significant in reducing the number of West Virginia residents who are currently addicted to tobacco products and improve the 2018 Annual States’ Public Health Report which currently ranks our state 50th in the nation regarding smoking behaviors.”

Meanwhile, Morgan is working with dental and dental hygiene students to engage patients in tobacco cessation conversations and offer evidenced-based strategies to help them to quit.

Most recently, a group of students took the public awareness campaign to the WVU Coliseum for a men’s basketball game. 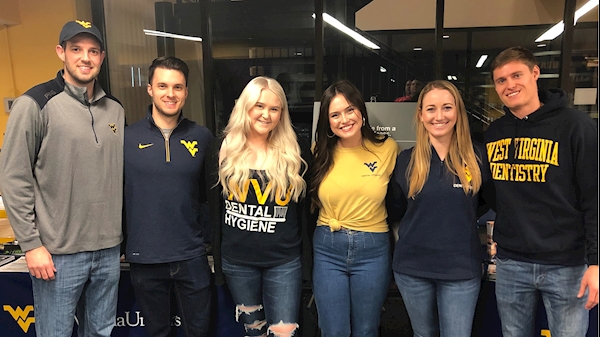 They will be sharing information at the University’s Festival of Ideas where Frankie Tack, MS, clinical assistant professor and coordinator of an addiction studies minor through the Department of Counseling, Rehabilitation Counseling and Counseling Psychology, will speak on “Tobacco and Vaping: A West Virginia Challenge.”

The School of Dentistry’s message includes the following tobacco facts:

Summarizing from The National Institute on Drug Abuse, “Research shows that the changes that occur in the adolescent brain related to tobacco may extend tobacco use into adulthood and contribute to a higher rate of substance use among those using tobacco during adolescence,” explained Morgan.

In a state where addiction rates have captured both national and international attention, stopping tobacco use could have a positive impact on substance abuse statistics.

“Smokers who quit during addiction treatment have a 25 percent increased likelihood of long-term abstinence from alcohol and other drugs,” Morgan added, mentioning information from a National Behavioral Health Network article.

If you are a patient at the WVU School of Dentistry or WVU Dental Care who is trying to become tobacco free, ask your provider about resources to help. Our main clinic number to schedule an appointment is 304-293-6208. 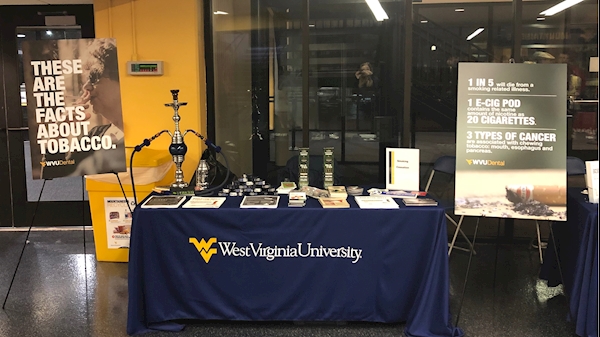